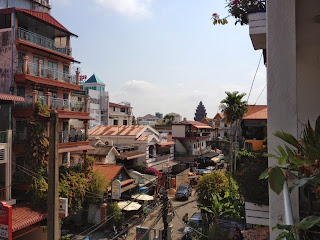 I'm back from a very successful research trip to Cambodia for my PhD thesis where I interviewed  karate leaders and learned an incredible amount about the post-conflict situation in relation to sport.

There were some heart breaking karate stories. For example, out of around 118 karate shodans in 1975, all the senior instructors and about 108 shodans were killed by Pol Pot's regime by between 1975-1979, leaving just ten black belts.

Between 1980-90, karate instructors were at times arrested since the government did not want groups of any kind organizing for fear of a pro-democracy movement starting.

One instructor escaped as a boat refugee to Indonesia where he ended up in a refugee camp so he convinced the guards to let him teach karate to the other refugees as a way to help the Indonesian guards try to get the refugee men to drink and gamble less.

As I try to focus on the benefits of karate practice in conflict and post-conflict societies, I'm always amazed at the resilience people have to continue doing something that is ultimately so important to them that even though they risk punishment just for doing it they won't give it up.

I spoke with the Japanese embassy about Japan's overseas development assistance (ODA) fund which had just helped pay for a beautiful brand new dojo for the national team outside of Phnom Penh in the middle of nowhere. At first it seemed so rural and dangerous you need to know karate just to protect yourself to get there almost, but it actually ended up being a very nice training center run by a friendly senior instructor.

The core values of karate are very important in Phnom Penh, of which three stood out. Self-defense first because of threat of street and domestic violence. Physical health because many children don't exercise or eat well. And mentally health because of the pressures to improve one's life under difficult social conditions require individuals to have positive stress release outlets.

While I saw the genocide memorials for the Pol Pot extermination centers and killing fields, and I was guided through some slums where naked children played in dirty water, for sure seeing child prostitutes was the hardest part of the trip. The city it seemed is in conflict with itself at times, as it struggles with this problem to corruption to just simply garbage collection.

But Phnom Penh is also such a vibrant city, and the people who helped me and who spoke with me during my stay were just amazing. Everyone I interacted with, from the karate instructors, local university staff, tuk-tuk drivers (especially 'Jimmy') and just whomever I met were always generous with their time and assistance.

Of everything I read before and during the trip, the text Phnom Penh: A Cultural History by Milton Osborne was a really astute explanation the key actors and historical markers that after finishing it I felt very prepared during the interviews to better understand the complexity of the struggles each person had overcome or was still overcoming.

For sure this is the first trip of many as there is so much to the country that is attractive and inspiring to draw me back soon I hope. 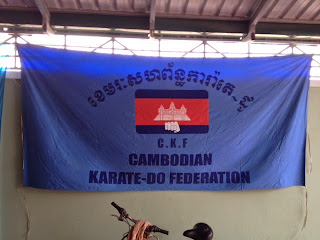 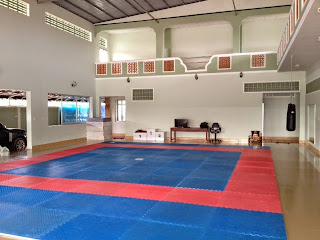 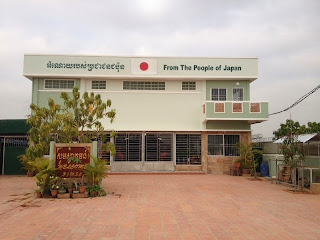 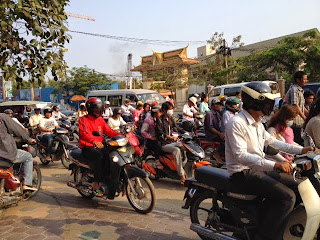