Well, we made it to Victoria, BC, Canada!

Jet-lag is now just subsiding and a regular routine is hopefully just around the corner. The first few days were like being in The Matrix; you knew something was off-balance, but you didn't know what, yet whatever it is just happens to be all around you.

1. The receipt means nothing at Starbucks!
Buying a brewed Starbucks coffee early this morning, I was thinking it was like a 'drip coffee, short size' I normally got in Tokyo, where I always waited to get the receipt.
So I waited.
The male clerk today looked at me, I back at him, then he kind of smiled and said, "um, how is your day going?' to which I said "Great!" to which he replied "I never hear great to this early in the morning."
I didn't move.
But, then I remembered... the receipt in Canada does not allow you to buy another drip coffee for only a $1 anytime later today at any SB location like Japan. Agh...

2. Business meetings about big topics don't need to be longer than necessary.
I had an important meeting, of which the results would be significant. My Canadian mind knew it would take place over 20 minutes, casually standing, walking & talking.

But my Japanese mind kept waiting for the meeting to take place in an office or business meeting room with low sofas, where weak coffee would be drunk while talking for a full 60 minutes about business vision and operational procedures, followed by a business tour and then after that discussions on where dinner might be tonight or this week to mark the start of a new venture.

Leaving on time in Canada was important. Leaving when the proper emotional start to the venture in Japan would have been important, but sometimes I thought that reason was just another excuse to be able to be out on the town, away from home.

The result? When I showed up at dinner time on this new work day, a little one the table asked "why aren't you still at work?" A good culture shock for them too...

3. The sun stays up so much later and the beaches are 5 minutes away. Now that's nice. 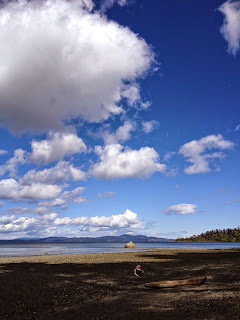 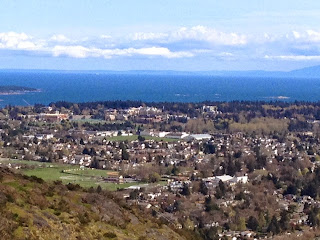 Posted by Richard Mosdell at 23:13