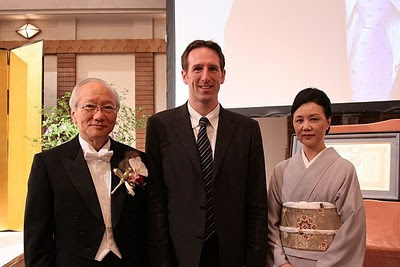 Yakumo Junior & Senior Secondary Principal Kondo and his wife, at his stupendous celebration party (JKF blog notice) at the Imperial Hotel in Tokyo on March 26 to celebrate Sensei receiving a Blue Medal Ribbon award from the Emperor of Japan.

Here's a rough translation of the JKF blog message about the event.

Mr. Kondo, who is the chairman of the Tokyo Private Junior High & High School Society, was praised for his distinguished services carried out to the development of the society for many years, and he received the Blue Ribbon Medal on the 14th this month.

Moreover, when the Yakumo High School Karate Club's Girl's Kata Team achieved a 2nd straight national championships victory this year, Mr. Kondo himself passed to them the victory trophy in March this year.

At the celebration event, the team of three girls performed 'Sochin' kata, and at the end yelled out "Principal, Congratulations!'', to which the hall rose in applause.

Mr. Kondo said 'I think that I got this medal representing everybody who supports the director, the staff of the Tokyo private school society, and the private schools in Japan. It is due to everyone's efforts, schools under private management with a sense of value have pride in supporting the Japanese education, and I want to work hard in the future.'

For me, Kondo Sensei has probably one of the warmest, genuine smiles I've ever come across in Japan. 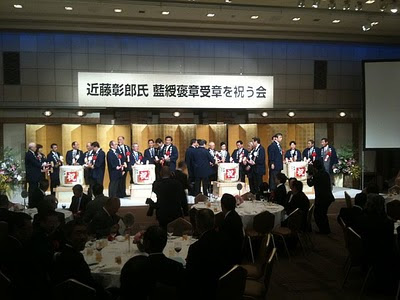 Dignitaries tapping open the celebration sake casks! The banquet was dreamlike in its quality and presentation. 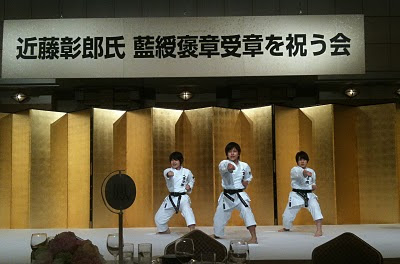 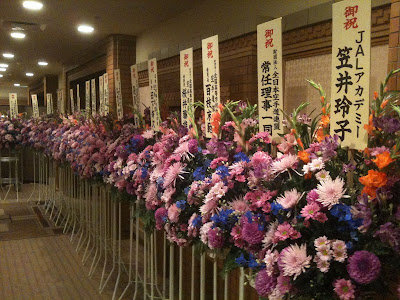 Many flowers of congratulations from different groups from around Japan. 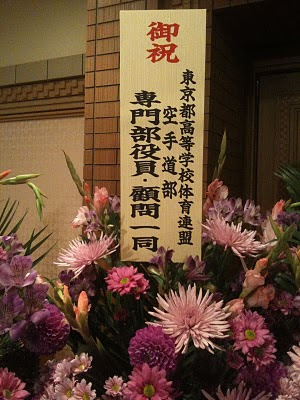 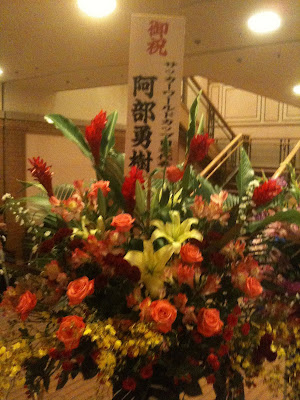 Flowers from the Japan National Team at the Soccer World Cup 2010.