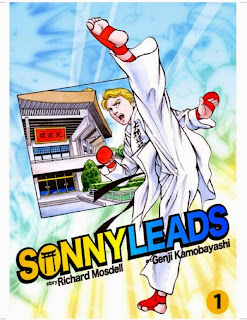 The start of an exciting story about what it's actually like to go to Japan to learn karate not knowing any Japanese language. Sonny is a fictional character and his Japan experiences are based on many people's real moments in Japan.

And a glossary of Japanese words.

The arena on the cover is also the Nippon Budokan (Japanese martial arts hall), where the karate competition in the 2020 Tokyo Summer Olympics will be held.